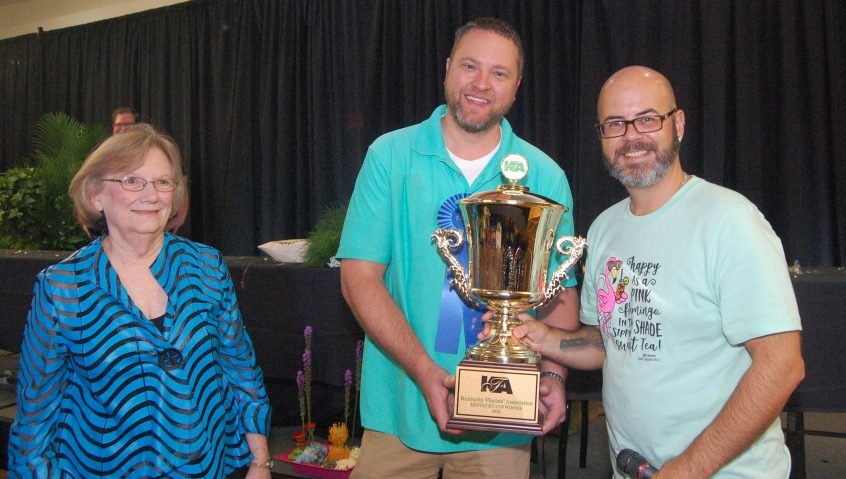 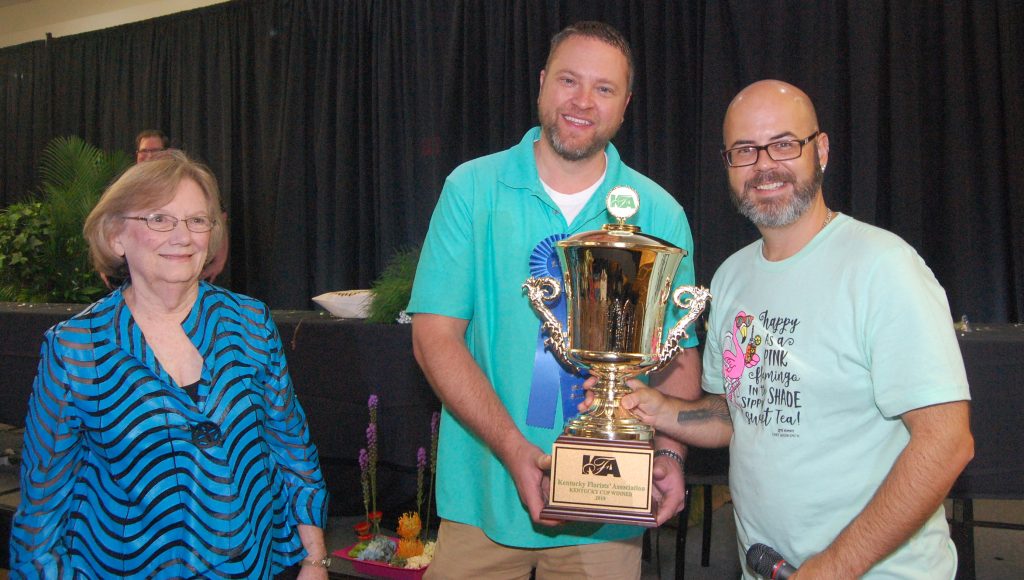 The Kentucky Cup is for past winners of Kentucky Florists’ Association’s (KFA) Kentucky Designer of the Year. Chad was the 2008 KFA Designer of the Year and a current sales representative in our Dreisbach Lexington branch. The contest was held in front of a live audience in two rounds, similar to popular tv show “Chopped.” Five past KFA designers competed on Sunday morning, July 28, 2019, in two rounds.

Chad battled in the final round against KY Cup veterans, Wayne Esterle, KMF and Paul Latham, AIFD, KMF, for the win. Both Wayne and Paul had won the Kentucky Cup in the past. His creation using the surprise elements of aspidistra leaves, gypsophilia, treefern, lily grass, a pint jar and burlap ribbon was selected by a live, on-stage panel of judges. 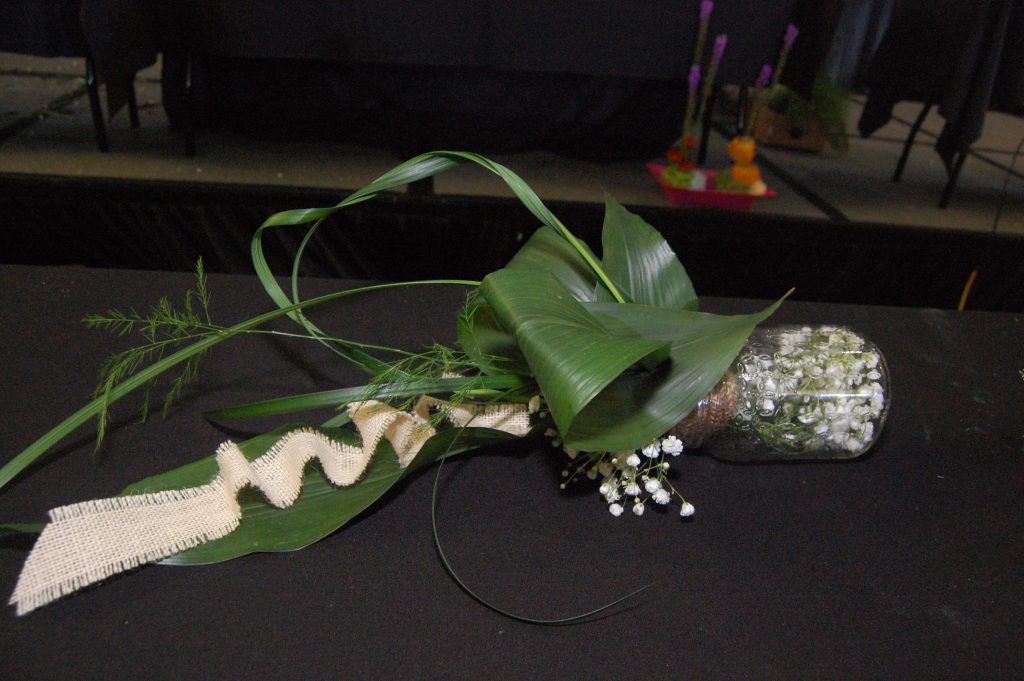 Let’s Congratulate Chad! We are proud to have him as part of the Dreisbach Family! 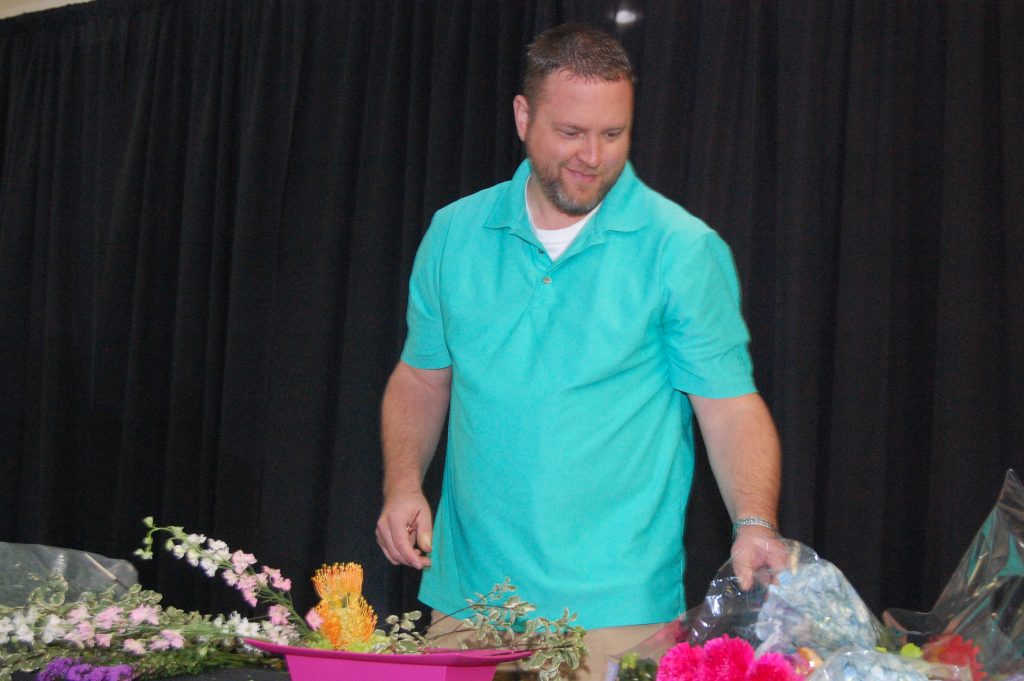 Chad working on the first round design

Chad has been a floral designer for 25 years. The prize was $200. Visit kyflorists.com to read more about the Kentucky Florists’ Association. Dreisbach Wholesale is a proud supporter of the KFA Conference and education classes.