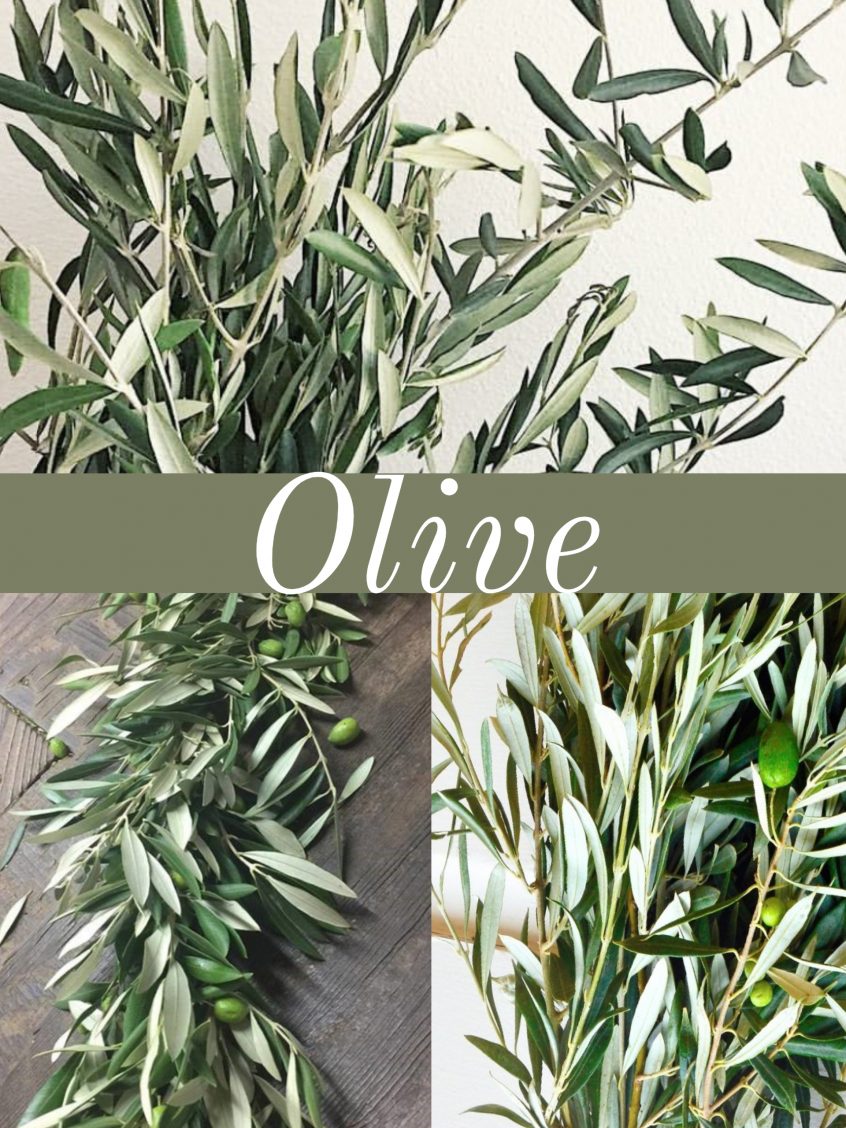 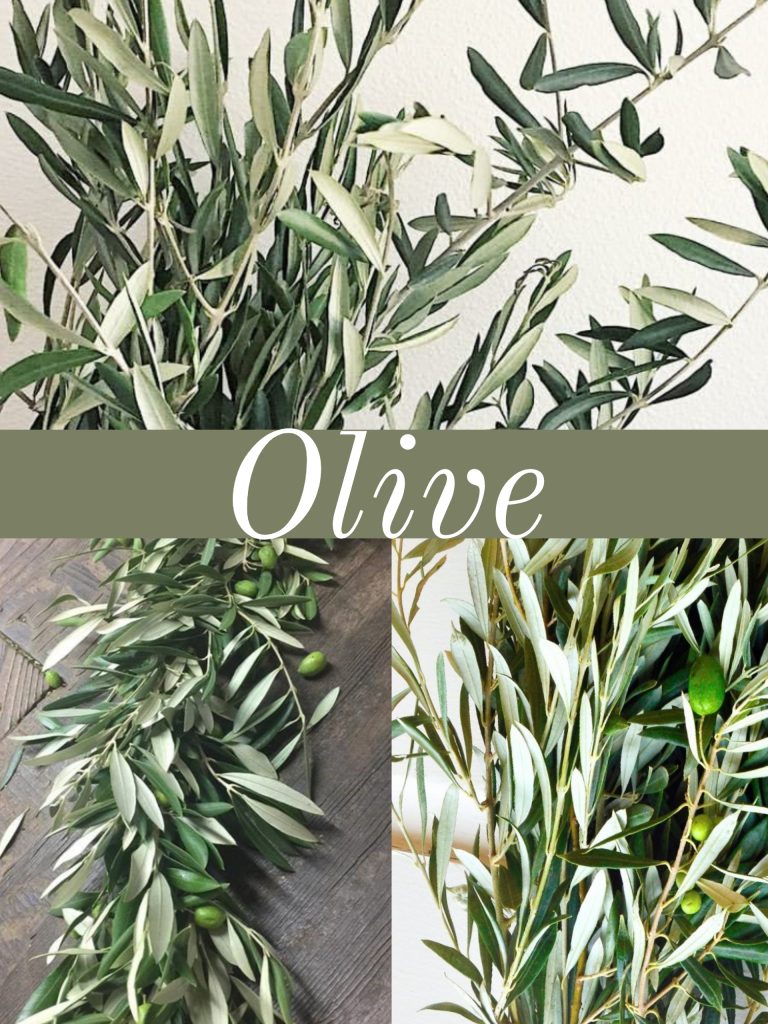 Olive has been a traditional symbol of victory, purity and peace since ancient civilization.  The hardiness of the leaves and branches as well as the silvery light green color make it a great addition to flower crowns, garlands, wreaths, corsages, boutonnieres or just floral arrangements in general. 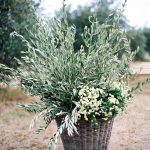 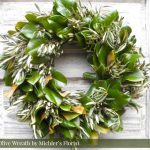 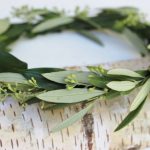 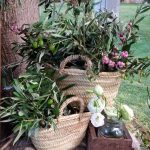 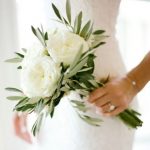 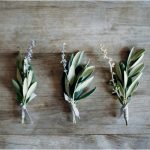 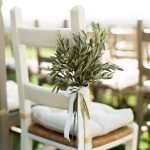